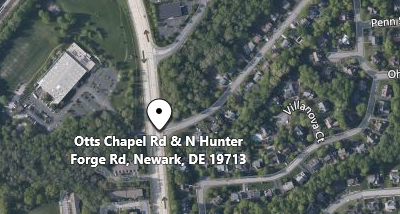 The operator of the 2014 Toyota RAV4 was a 63-year-old male of Wilmington. He refused medical treatment at the scene.

The operator of the 2009 Chevrolet Cobalt was an 84-year-old female of Wilmington. She was transported by ambulance to an area hospital, where she was admitted for medical attention.

The operator of the 2009 Chevrolet Cobalt was a 72-year-old male of Elkton, Maryland. He was not wearing a seatbelt at the time of the collision. He was transported to an area hospital by ambulance, where he was pronounced deceased. Identification is pending notification to next of kin.

This collision remains under investigation by the Delaware State Police Collision Reconstruction Unit. Anyone with information regarding this incident should contact Cpl/1 Calio with the Delaware State Police Troop 2 Collision Reconstruction Unit by calling 302-365-8483. Information may also be provided by calling Delaware Crime Stoppers at 1-800-TIP-3333 or via the internet at http://www.delaware.crimestoppersweb.com .