There is about to be grading on the curve, and not just because it is back-to-school time.

A nearly four-year, 11-mile massive rebuilding and widening of Interstate 10, including the headache-inducing Broadway Curve in Tempe, begins this weekend with preliminary work before the bulldozers and graders arrive. Drivers can expect closures and restrictions starting at 3 a.m. Sunday morning at I-10 interchanges near State Route 143/Hohokam Expressway.

A massive Arizona Department of Transportation public-information campaign also begins this week to educate drivers about what to expect with restrictions, closures and best alternate routes.

The $777 million I-10 Broadway Curve Improvement Project, a partnership among ADOT, Federal Highway Administration and Maricopa Association of Governments, begins just south of Ray Road on Interstate 10 and continues north through West Chandler, South Tempe, Ahwatukee and Guadalupe, and then around the Broadway Curve and west to the I-10 split at Interstate 17 near Phoenix Sky Harbor International Airport.

“When the first phase of construction begins this summer, drivers should prepare for weekend closures of Interstate 10 and U.S. 60,” said ADOT’S Alexandra Albert. “The reason is that over the weekends we’ll be closing them down to remove rubberized asphalt on all of the travel lanes.”

That is a necessary first step before rebuilding can begin. At least 50 closures are forecast by ADOT on I-10 over the next 3 1/2 years, mostly nights and weekends. 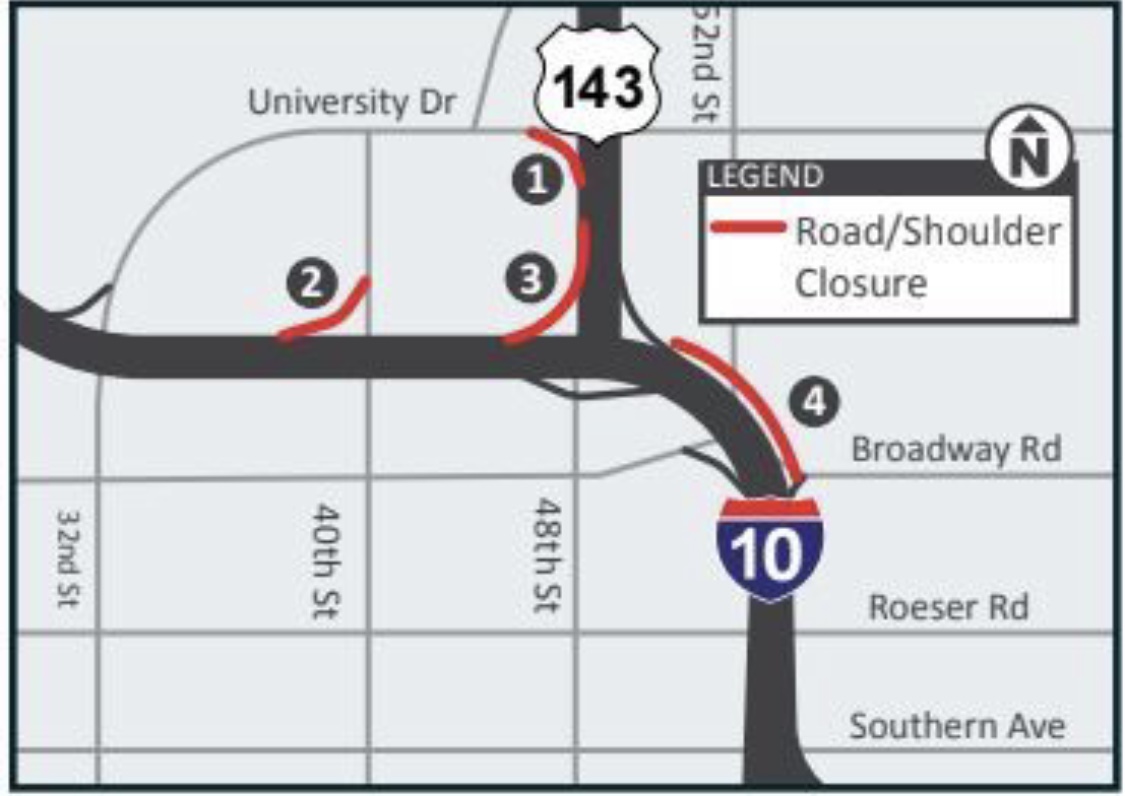 Arizona Department of Transportation advises drivers to plan for closures in the vicinity of Interstate 10 and State Route 143 while crews work in preparation for the upcoming I-10 Broadway Curve Improvement Project.

Now, according to ADOT, is a good time to start looking at other ways to get to Sky Harbor or downtown Phoenix from South Tempe and West Chandler. A good alternate route is Loop 101 north to Loop 202 west.

Those heading to the West Valley and beyond should consider the new Loop 202/South Mountain Freeway.

With all of those alternate routes taking on I-10 traffic, ADOT advises drivers to add about 20 minutes for their trip to the airport and a half hour to downtown.

South Tempe and West Chandler residents also can expect a load of increased traffic on surface streets as drivers pull off of I-10 and scramble to avoid construction delays. ADOT said it will do its best to discourage this by posting preferred alternate routes.

Nearly 300,000 vehicles a day pass through the Broadway Curve. Among the current headaches on the roughly half-mile curved stretch: Vehicles change lanes to the left quickly from westbound U.S. 60 to merge onto westbound I-10, and Sky Harbor-bound traffic on westbound 10 crosses lanes to the right quickly to merge onto State Route 143. 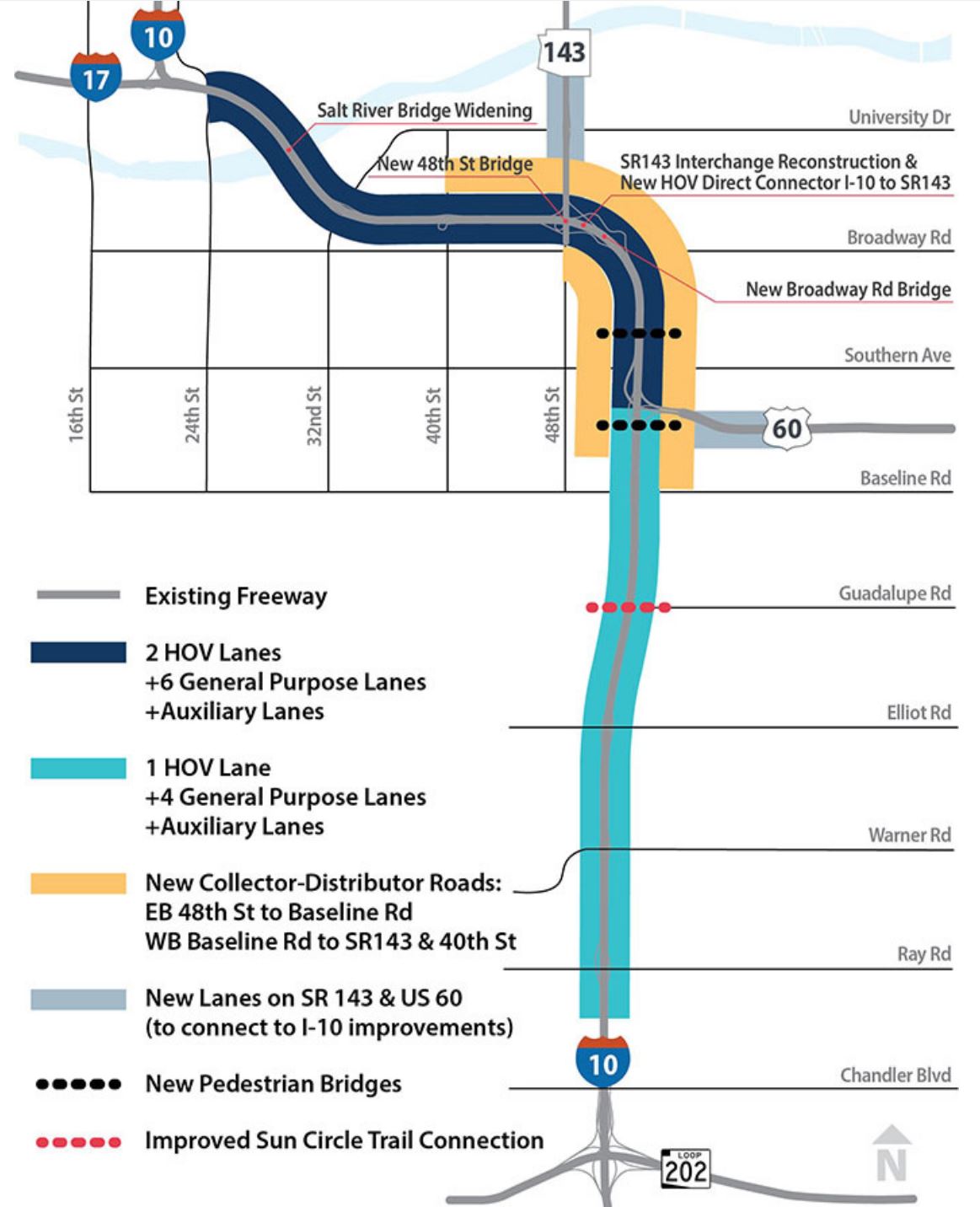 The project, the first major freeway rebuild in the Valley, is funded in part by Maricopa Association of Government’s Proposition 400, a sales tax that was approved by Maricopa County voters in 2004.

Does your business serve Tempe or West Chandler? wranglernews.com and Wrangler News advertisements get results! To purchase an online or print ad, dial 480-966-0837. Got a story idea or news tip? Give us a call at 480-966-0837.