Local musicians welcome the gradual return to live performance and the money it brings after a year of reduced shows because of the covid-19 pandemic.

Most kept going, they said, by playing with fewer band members, traveling further, livestreaming on social media and even taking odd jobs. Many said they used the slowdown to write songs and become better musicians.

But they need the energy and emotion of live audiences, band members said, and they think audiences need them.

Jim Goza, frontman for Fayetteville band The Juice, said it became a “scrounge-fest” to book shows with gigs few and far between during the pandemic. Band members had to travel farther than usual and perform at smaller venues after Arkansas Gov. Asa Hutchinson closed larger music venues in March 2020.

The Juice scaled its four-member band into one or two people for many performances and called it The Juice from Concentrate.

“That’s how we were able to still scrape together a modicum of income, although I will say that, compared to what this year is looking like it will be, 2020 was our poorest year yet in terms of just overall income,” Goza said.

The economic strain of the pandemic kept the band from purchasing better lighting and sound equipment as well as a van and trailer to ease their travel.

“We had to put all of that on the back burner and just do the best we could with what we had and pray that not even a single cable was going to fail on us during any of that entire year,” Goza said.

Musician Patti Steel of Fayetteville taught part time at Crowder College and substitute taught for the Springdale School District last fall to counteract her loss of income. She also took odd jobs such as taking photographs and cleaning houses, she said.

Steel co-wrote a song with Dominic B. Roy called “Quarantine 2020,” which details the musicians’ experiences and financial hardships during covid. The recording was released through House of Songs in Bentonville, a nonprofit that works to bring communities together through the arts.

“Lost my job, no income in sight. Can’t pay these bills ’cause these times they are tight,” Roy and Steel sing.

Steel performed during the pandemic a few times as part of several regional bands like The Trashcan Bandits and Honey Shuffle.

Like Steel, several bands used the extra time while performances were limited to focus on writing music. Erin Detherage of Fayetteville, lead guitarist for Polaroid Panda, said her band met about once a week and created five or six original songs.

Polaroid Panda’s first performance after the governor reopened indoor venues on a limited basis May 18 was in December at Six Twelve Coffeehouse in Fayetteville, Detherage said. The band was averaging two or three shows a month as of June.

“We’re just trying to pick up where things left off as far as booking and getting back in with venues,” Detherage said.

Stephen Boudreaux, drummer and singer for Honeyjack, The Uncrowned Kings and Oreo Blue, said he experienced a 30-40% decrease in show bookings once the pandemic hit, but he never completely stopped playing shows. Many of the venues the bands played were at casinos, he said.

Goza said his band has also seen a recent increase in bookings at casinos and wedding venues.

One positive of the pandemic was Boudreaux and his band members learned how to operate efficiently in an online environment, he said. The band produced its latest project remotely, where each member recorded his tracks on his own and sent them to their producer to be mixed together.

Many artists also played live performances through platforms such as Facebook and YouTube rather than in-person. Detherage said she played several online events, such as a LGBTQ event and solo shows. She set up a virtual tip jar.

Livestreaming allowed bands to grow their fan bases as people from other states and countries streamed and downloaded their music, Boudreaux said.

Steel occasionally streamed a few performances on YouTube and Facebook, she said. She also prerecorded performances to post online. Performing without a live audience was much more difficult and not as fun, she said.

“I am a natural performer, so on stage is where I feel the most at home,” Steel said. “Just looking out into the audience and just seeing people having a good time, I mean that’s the only reason I do it.”

Bryan Hembree, a member of Smokey & The Mirror, said the folk duo did several live streams throughout the pandemic, but he thinks music thrives through audience interaction.

“Whether we’re playing for 100 people or 1,000 people, it’s how we connect with the audience in between songs and through the songs that feeds everything, and there’s an energy that’s shared when you’re in front of a live audience.”

There is nothing quite like seeing the audience respond to your performance and receiving the affirmation that you are touching someone’s soul, Boudreaux said.

Being able to play live shows is a huge relief, Goza said. He always tells his audience how thankful he is to be able to play in front of a crowd. It’s nice to be able to get back into performing and have a bit more financial security, he said.

Detherage thinks Fayetteville’s live music scene is slowly returning to prepandemic activity. The diversity and prominence of the region’s music scene amazed her when she first moved to Northwest Arkansas in 2006, she said. Getting back to showcasing that would be really great, she said.

Live music needs to return not only for the musicians, but also for the community, Boudreaux said. He thinks live music is an important outlet for healing, universal communication and emotion.

Music is an important part of everyday life, Steel said. The first thing many people do when they’re in a bad mood is put on a song that makes them happy, she said.

The National Independent Venue Association surveyed nearly 2,000 music professionals last summer and found 90% of independent venue owners and promoters worried about having to permanently close without federal relief. Congress passed the Save Our Stages Act as part of a covid-19 relief package in December, which allows independent venues to apply for Small Business Administration grants.

George’s Majestic Lounge, which opened in 1927 and is the oldest-running live music venue in Northwest Arkansas, closed its doors March 13, 2020, and hosted live streams and outdoor concert events. A photograph shared to the venue’s social media in April 2020 showed a window display detailing how the venue has persevered through recessions, depressions and wars.

“We’ll be here long after this pandemic,” the sign in the window read. “Stay strong.”

Venues are the key to any healthy music market, Boudreaux said. He thinks musicians might have to work a little harder to get back into playing live music because of a reduction in venues.

“Live music is a key indicator of the health and wealth of a community, and I think that Fayetteville is that epicenter,” Boudreaux said. “It needs to come back from the pandemic.”

Many local bands’ schedules for the summer and the rest of the year are much busier compared to last year. Boudreaux said his phone has been ringing off the hook, and he is booked every weekend through the end of the year. Goza said he is stoked that his summer schedule is packed and that performance opportunities are opening up.

It is great for people to be able to go to a live music venue again, have fun and forget about everything for a couple hours, Goza said.

“People are so hungry for live music and entertainment,” Goza said. “Now that it’s back, people are kind of going out in droves and latching on to tickets and going through doors and buying drinks. It’s great, and it’s good for the local entertainment economy.”

Jennifer Wilson, public relations director for the Walmart Arkansas Music Pavilion, said attendance was high for the venue’s Happy Hour events, which started in September and offered drinks, food and free live music. Those were some of the first live music opportunities for people in the area since the shutdown happened.

Ticket sales have been strong for the AMP’s current season with 26 touring shows. A few shows have sold out and a couple are close to being sold out, she said.

Wilson thinks people are especially interested in attending outdoor venues and shows in the wake of the pandemic.

Hembree’s duo Smokey & The Mirror has several outdoor concerts scheduled for the fall, and they had their first performance back last month as part of the Roots HQ on the Avenue outdoor concert series at the Fayetteville downtown square.

“Music is a vital and important piece of our lives that puts fuel in our emotional and spiritual tank,” Hembree said. “To me, getting back to it is invaluable. It’s something that is essential, and I think we as a community are realizing that even more than we did before.” 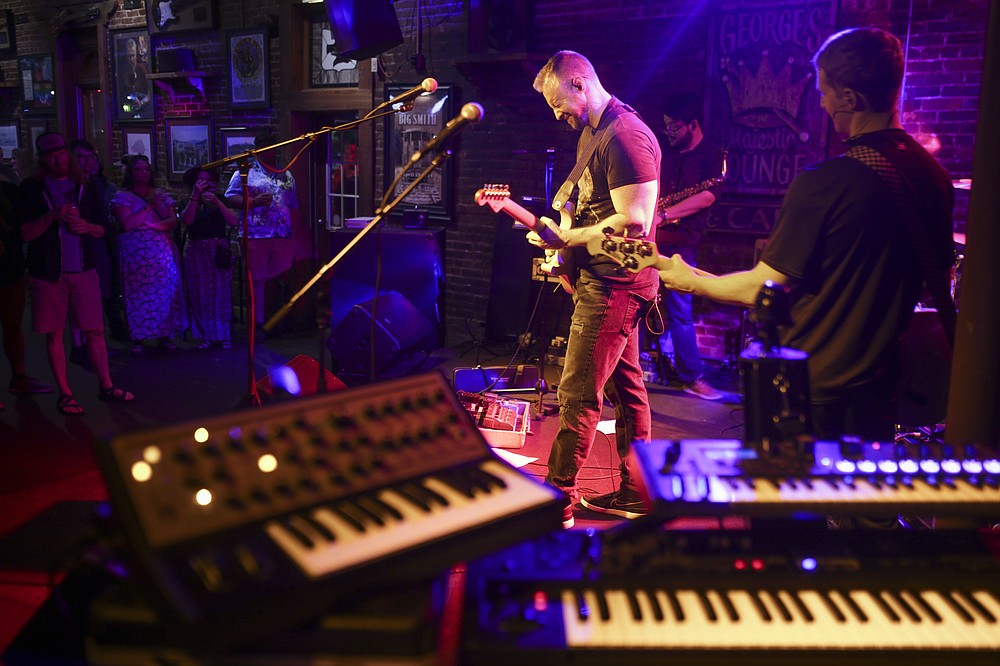 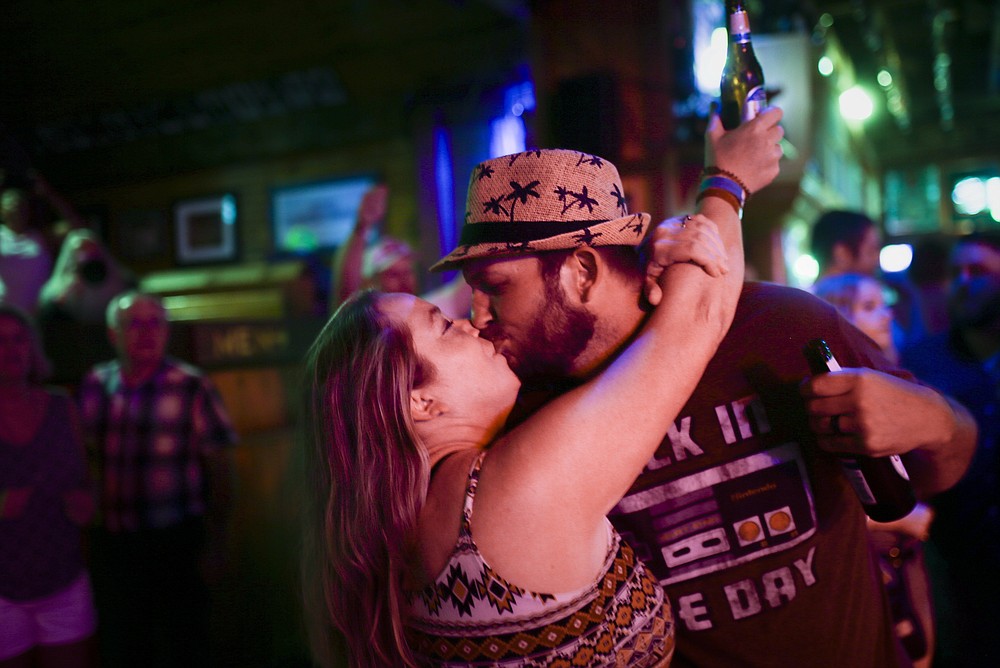 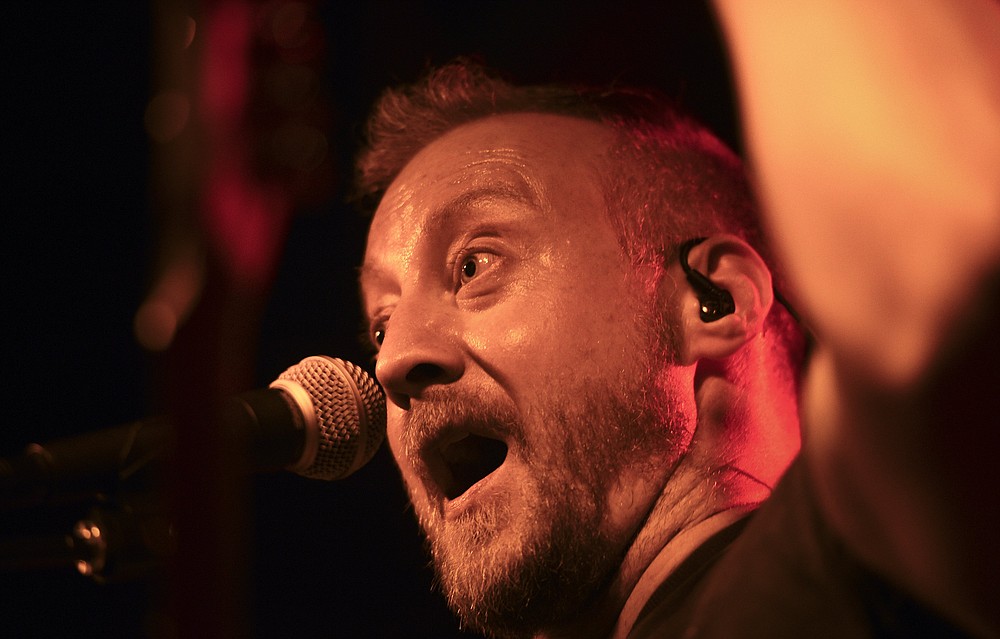 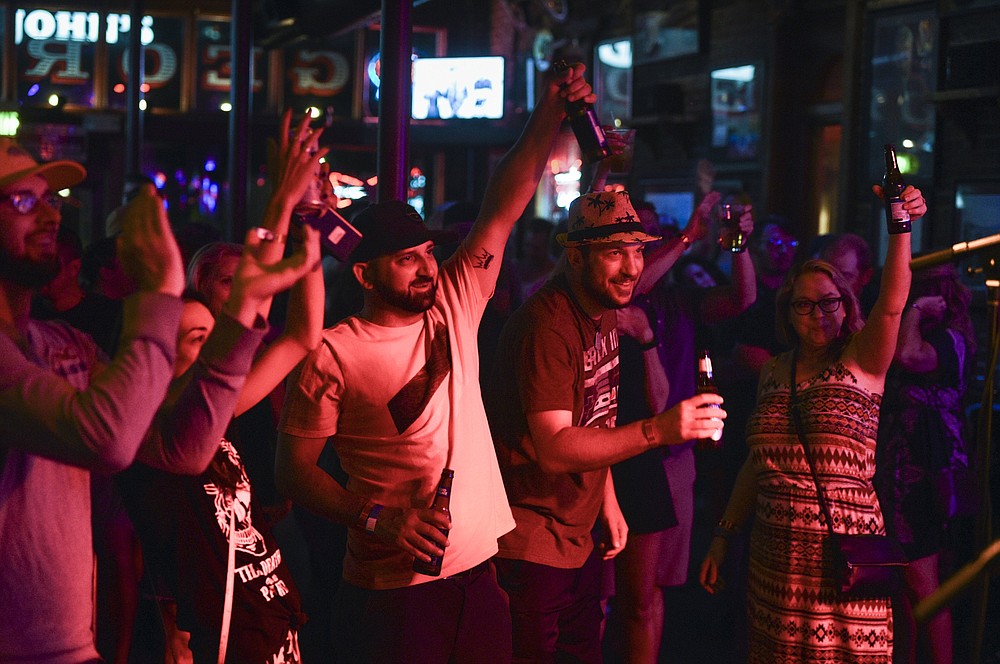 For more information on bands and their upcoming shows, visit these links: