Support this work for $1 a month 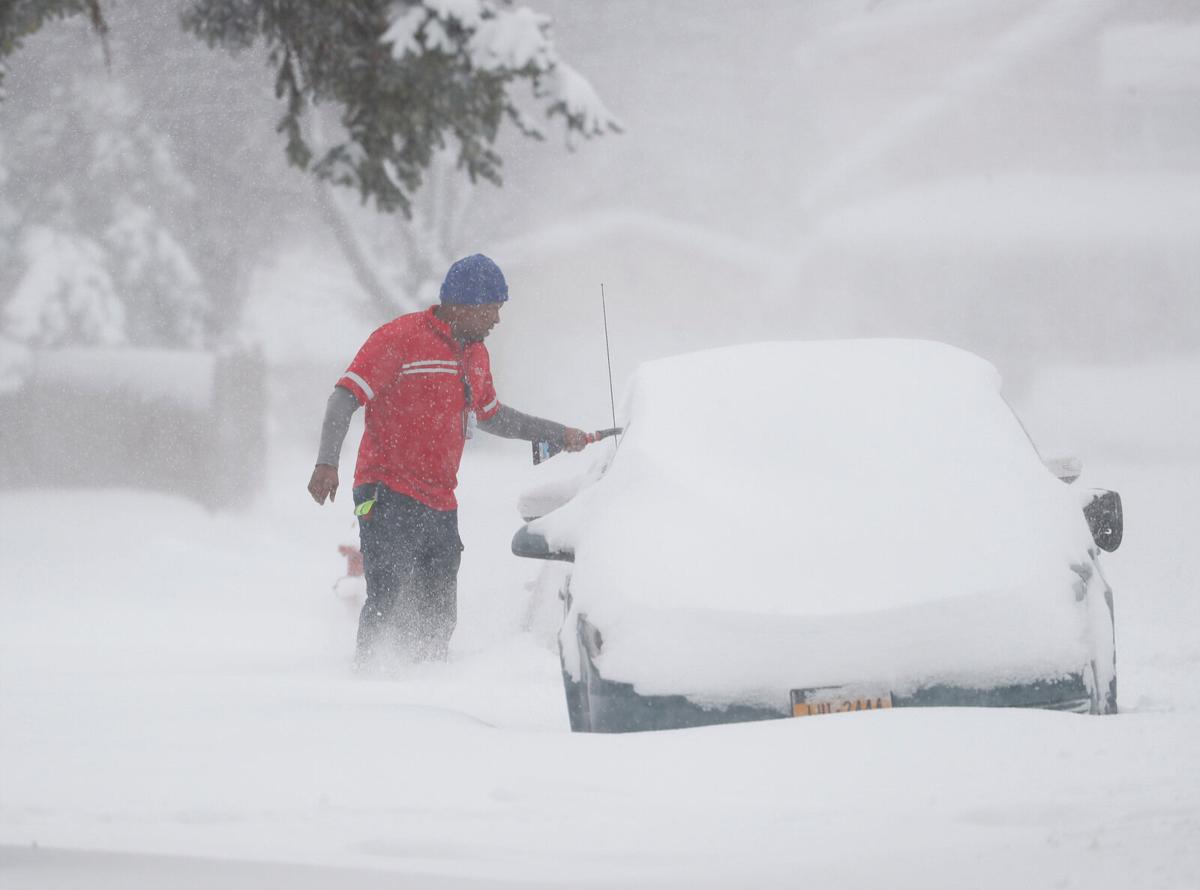 Darryl Overton clears off his car on Texas Street in Buffalo so he can go to work, Saturday, Dec. 26, 2020. 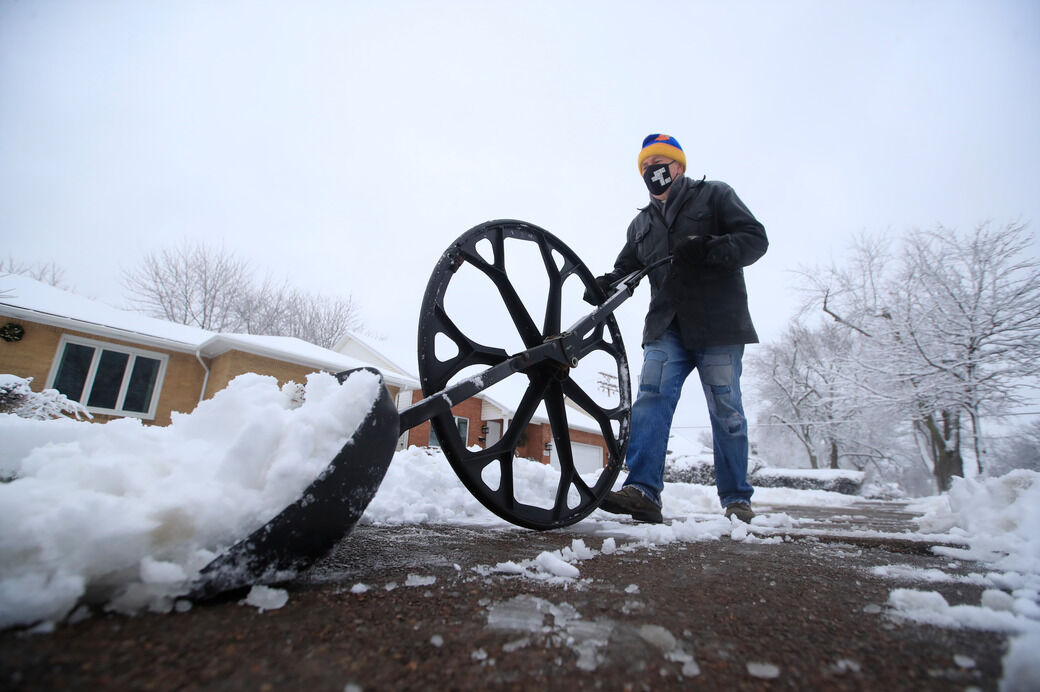 Larry Vanhuesen clears snow with a Wovel on the sidewalk of his home along Colvin Boulevard on Friday, Dec. 25, 2020. 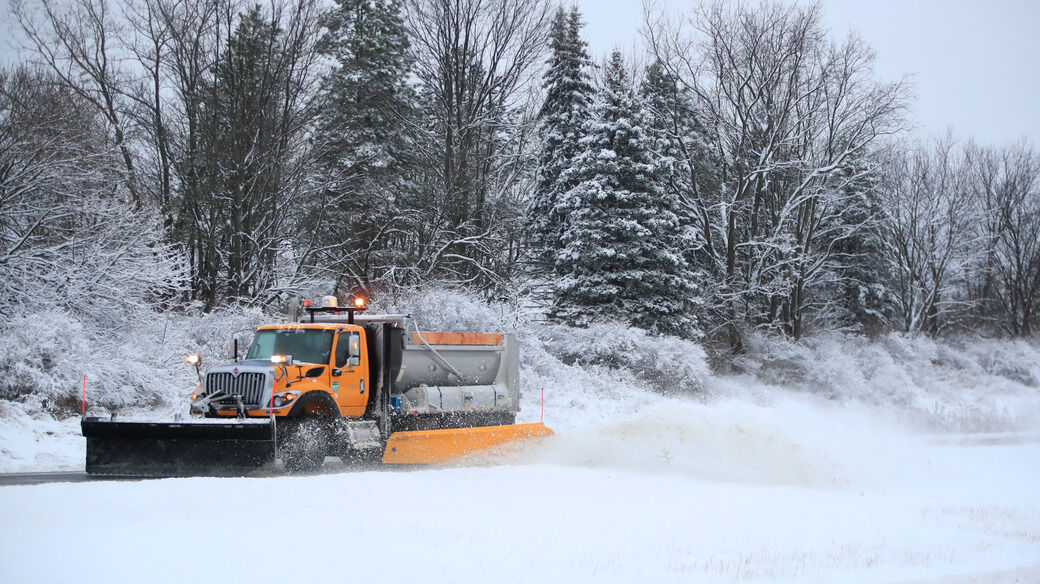 A plow moves snow along Route 219 on Friday. 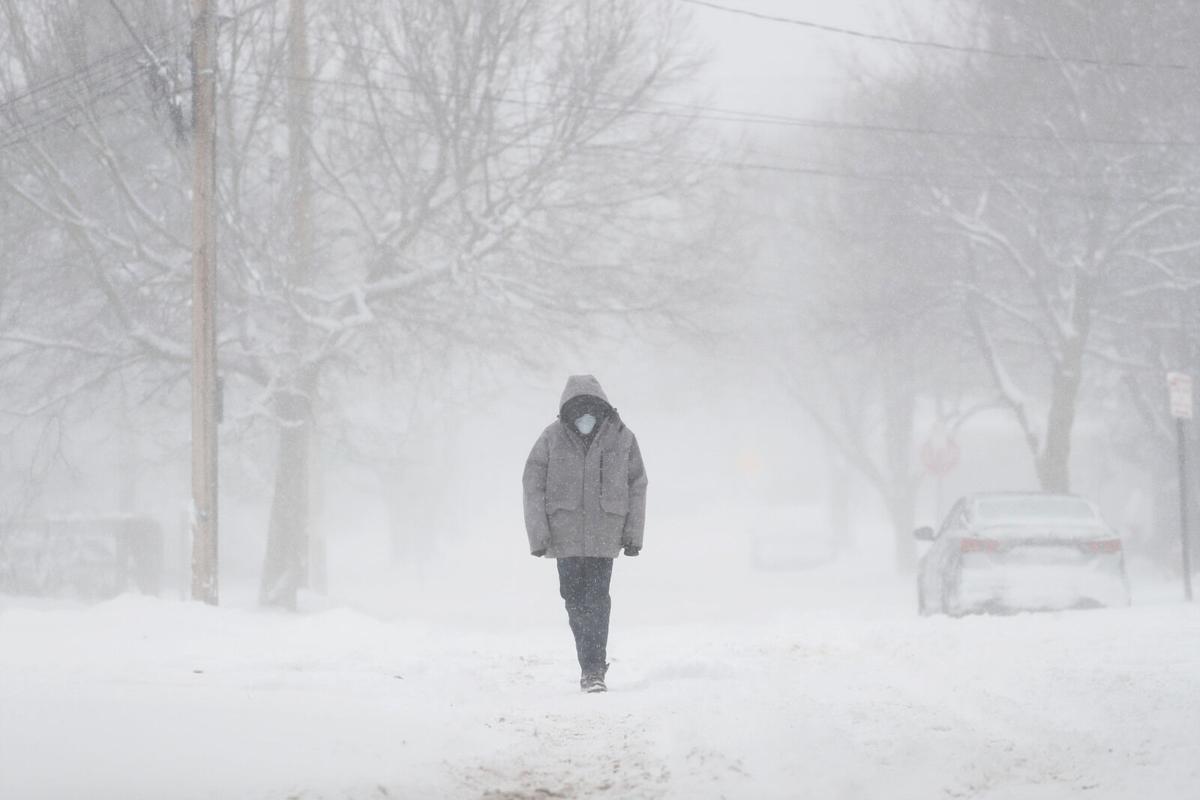 Milton Johnson walks on Wecker Street in Buffalo on the way to his brother’s house to help shovel snow, Saturday, Dec. 26, 2020 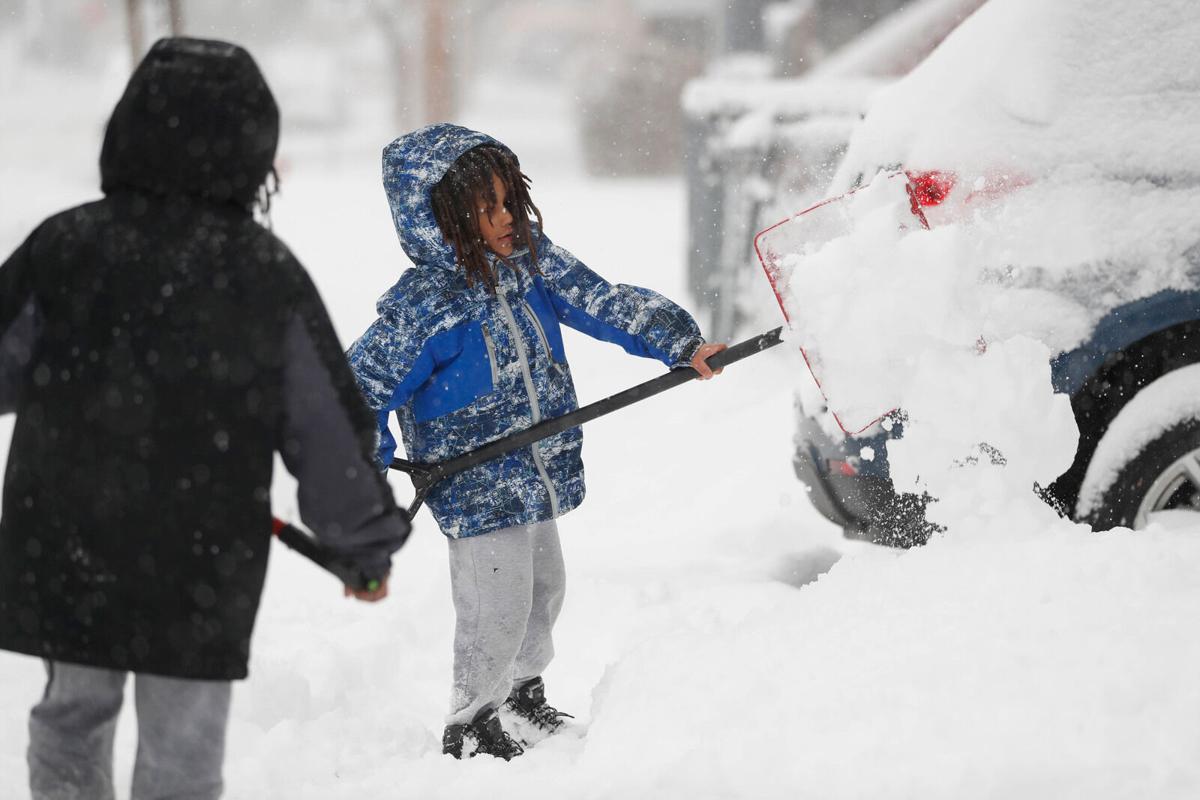 If there was any doubt before, there shouldn’t be now: Winter has arrived.

A record amount of snow pounded Buffalo, the Northtowns and the Erie-Niagara border on Saturday, dropping 17.9 inches by 4 p.m. to go with the 5.5 inches that fell on Christmas Day. Gusting winds of up to 30 mph made low 20-degree temperatures feel frigid, while creating hazardous driving conditions that caused the Skyway to shut down and travel advisories to be issued.

Southern Erie County, including Orchard Park, Hamburg, and Springville, received 12 to 16 inches of snow during the morning hours, according to the National Weather Service.

“It’s a mess,” said Fruit Belt resident Sonny Gee, as he struggled to clear a path of powdery snow from his driveway to Lemon Street. “I don’t know if I’ll make it or not.”

Amanda Cosgrove, walking her French bulldog Otis on Seneca Street, said she and her puppy, who was experiencing snow for the first time, were “adjusting” to the weather.

“I’m used to it, but I still wasn’t expecting this much,” Cosgrove said. “You know, the first time it snows it’s always a little shocking, I guess, even if you’re from here.”

The season’s first lake effect snow pelted the Buffalo Niagara International Airport, forcing delays and cancellations, in addition to closing the Skyway. The Buffalo Zoo shut down early, as did the Wonder Coffeehouse on Kelly Island and a number of other local businesses.