The “Epic Metal Cave” is pulsing with music and people are eagerly choosing weights to work out. Each of them has already overcome one hurdle just for the right to enter the workout room: a pass showing they are vaccinated, have immunity from COVID-19 or have tested negative for the virus within the last 72 hours. 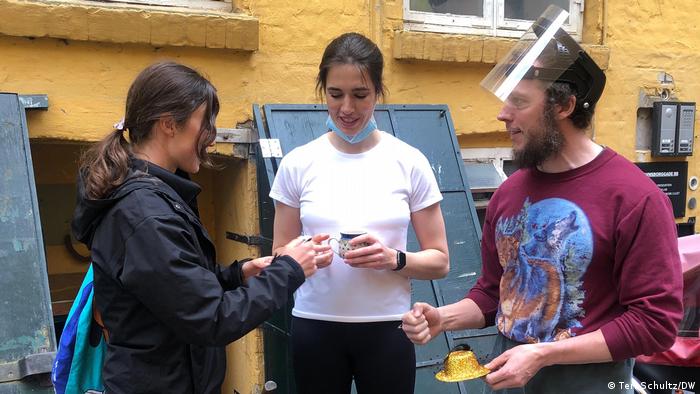 Copenhagen gym owner Emil Lykkegaard Hansen (right) appoints one client per class as the “corona officer” to check others’ passes for entry.

Indoor gyms were among the sites allowed to reopen in Denmark on May 6 under the condition that each customer has a “coronapas,” as it’s written in Danish, either as a phone app or a document. Although his training classes are always limited in size, “Cave” owner Emil Lykkegaard Hansen says it still took him several days to work out how best to manage the flow of people.

His solution? “We have a designated corona officer,” he explained. “Usually the first person that shows up [for a class] will check everybody else’s passes.” The “officer” wears a little gilded hat for their tenure, Hansen said, “so everybody knows.” 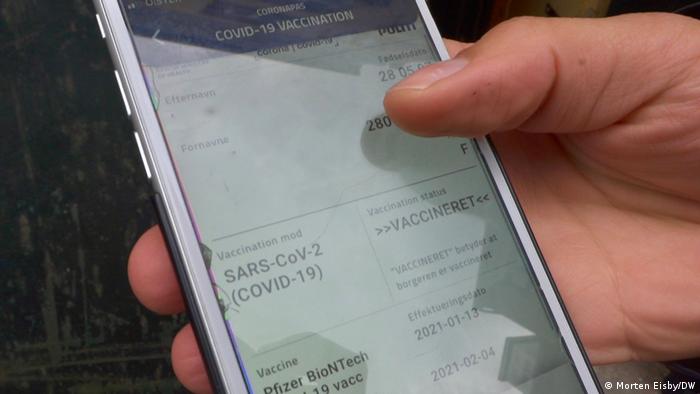 Danes display their COVID-19 status on their phones with the coronapass to get access to social activities and events.

Today, the corona cop is Natascha, who dutifully checks each of her fellow exercisers’ virus status before letting them through. One customer who works in a hospital emergency room is fully vaccinated, but that’s only true for less than 20% of Danes; the rest of the population wishing to use the pass must line up at one of the 500 test sites nationwide. Half a million Danes, about 8% of the population, get tested each day, the highest rate in the European Union.

Results from all the test sites and vaccination centers flow into the Danish Health Data Authority, which then analyzes the information and issues the verification for the pass. Lisbeth Nielsen, Director General of the agency, says this information is important far beyond the corona pass.

“Almost by the hour, we know the number of positive-tested people in Denmark,” she explained. “We know exactly where they are tested, where they live. And that’s also how, if there’s an outbreak, the local municipality can go out and do targeted interventions…setting up even more local testing so that you can get people isolated and get them into treatment.”

With all testing free, it’s an expensive operation for the state but Nielsen says “compared to the the cost of closing down the society, this is an investment in opening up society.” 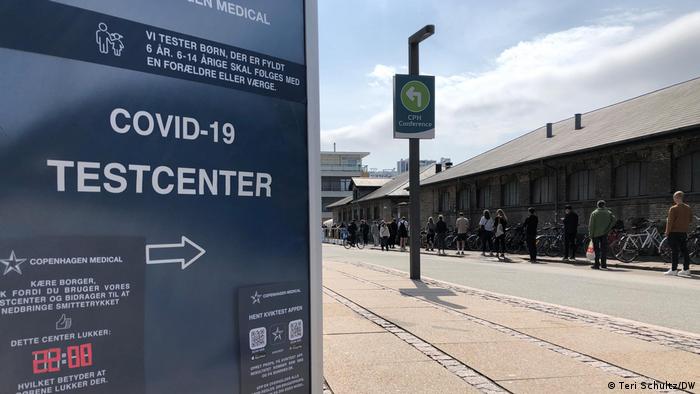 Danes wishing to use the coronapass for access must be vaccinated, immune to COVID-19 or have tested negative within the last 72 hours.

But there are other costs too. One of them is privacy, as you must share personal information to enter, for example, a hair salon or a movie theater. Camilla Gregersen, a member of Denmark’s Council for Data Ethics, gives authorities credit for recognizing and being willing to address these concerns as the corona pass evolves. She explains that people will be able to choose different versions of the app, and the most protective one “will not even show your name, it will not show your date of birth. It will only show a green light that you actually have the access.”

Gregersen considers the cooperation between national authorities and privacy advocates a genuine success. “There’s a lot of fear in society nowadays,” she said, “and I hope we can limit those fears actually, and reopen the society as fast as possible and use digital resources to do that.”

But some Danes don’t feel reassured. Ali Sufi is part of a popular movement calling itself “Men in Black” which opposes the national coronavirus strategy overall, and the corona pass in particular. He says healthy people shouldn’t have to submit to constant testing and constant monitoring of their activities. “I find it offensive that they segregate people, people who don’t want to participate in the test circus and who are perfectly well,” Sufi said. “They are not sick and they cannot participate in different activities. They are cut off and that’s a violation of human rights to participate in your society’s daily life.” 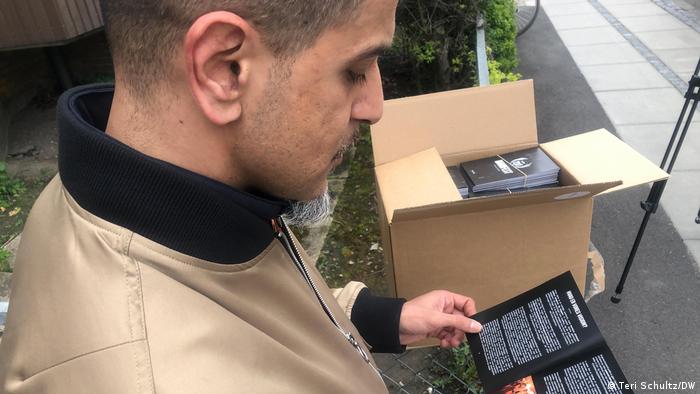 Ali Sufi, who describes himself as a “rapper and social scientist” helps rally opposition to the corona pass, believing it gives state authorities too much power.

Sufi says he doesn’t believe Danish authorities when they say the corona pass will only be used as long as the pandemic is still wreaking havoc on public health.

But most Danes are welcoming the chance to regain some semblance of normal activity and the rest of Europe is looking to Copenhagen as a model for how an EU-wide pass promised for June could work.

At Tivoli Gardens, the iconic amusement park in central Copenhagen, children are squealing with happiness as they hop aboard rides and teens are gathering in the grassy park to hang out now that schools have reopened. Tivoli Executive Vice President Kasper Schumacher says the park is “happy to have the guests back” even though numbers are pretty low for now and it takes double the usual number of staff at the entrance to check passes.

But Schumacher says he’s optimistic. “We wanted to open when we were allowed to. We like to think that it’s very important for morale, that Tivoli is a symbol that now things are going the right way.”